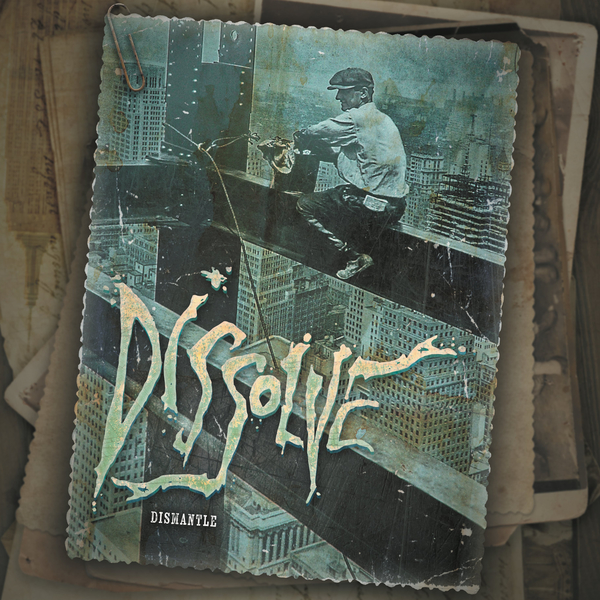 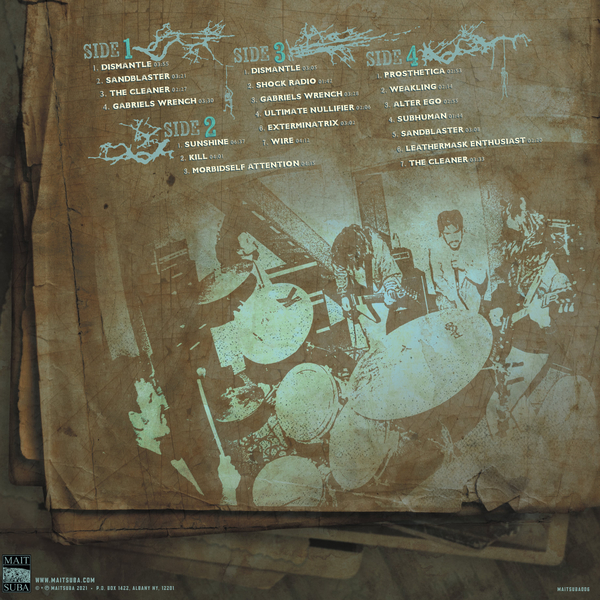 Want an "It's Available!" Email Notification?

For the first time on vinyl, Dissolve's masterpiece "Dismantle", in a double LP set with an album of previously unreleased live tracks from 1997. Both records have been freshly remastered by the original mix engineer, and the gatefold album cover has been created by longtime friend of the band, Darkicon Design (AKA Mike D'Antonio of Overcast, Killswitch Engage). The cover was made using the original photo from the original CD cover, and incorporates many illustrations by Keavan Rivers, the original Dissolve drummer. The live disc contains many early versions of songs that would later appear on Dissolve's "Caveman of the Future" album; hear them here in sometimes wildly different arrangements! And yes, there's a live version of "Wire."